London-traded Brent oil futures rose 0.3% to $85.29 a barrel, while U.S. West Texas Intermediate futures were unchanged at $78.67 a barrel by 21:30 ET (01:30 GMT). Both contracts were trading just above their weakest level in eight months and were nursing steep losses from last week. 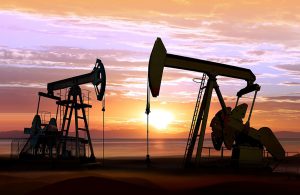 Prices trimmed early gains on Monday after Japanese business activity data showed manufacturing activity in the world’s second-largest economy grew at a slower pace in September from the prior month.

The reading came on the heels of dismal business activity data from the Eurozone and the UK last week, which heightened fears of a global recession. 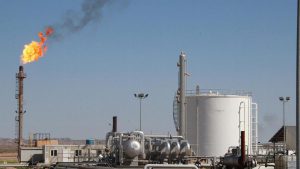 Traders fear that a mix of high inflation and rising interest rates will cause a slowdown in economic activity, denting demand for oil. Crude prices have plummeted from highs hit during the onset of the Russia-Ukraine war on that notion.

Strength in the dollar, which was trading at 20-year highs, also weighed on oil prices. A stronger greenback tends to make crude imports more expensive, weighing on demand. Major Asian importers India and Indonesia face headwinds from a stronger dollar.

An economic slowdown in China, the world’s largest crude importer, has also weighed heavily on demand this year.

Threats of production cuts by the Organization of Petroleum Exporting Countries last week did little to deter declines in crude. News of a potential escalation in the Russia-Ukraine conflict, which is likely to disrupt global crude supply, also caused only a short-lived bounce in prices. 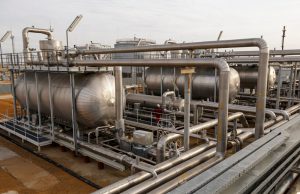 But traders still expect crude demand to improve in the fourth quarter, particularly in the event of a harsh European winter, which could push up demand for heating oil.

U.S. gasoline demand is also expected to improve as fuel prices ease further from record highs in the country.

Researchers found BNPL often relies on data collection and other consumer risks. The Consumer Financial Protection Bureau (CFPB) is gearing up to place the same type of stringent protections it places on credit card companies on the “Buy Now, Pay Later” (BNPL) industry, following the release of a recent study on the practice. Officials said […]

Emmanuel Macron said he had a “clear and honest” discussion with Twitter owner Elon Musk about the social media platform’s content moderation policies, just a day after the French president had flagged his concerns on the issue. “Transparent user policies, significant reinforcement of content moderation and protection of freedom of speech: efforts have to be […]

At least $1 billion of customer funds have vanished from collapsed crypto exchange FTX, according to two people familiar with the matter. The exchange’s founder Sam Bankman-Fried secretly transferred $10 billion of customer funds from FTX to Bankman-Fried’s trading company Alameda Research, the people told Reuters. A large portion of that total has since disappeared, […]