Oil prices were muted on Thursday, cutting short a three-day rally after data highlighted growing economic cracks in major crude importer China, while markets also speculated over whether the OPEC’s last meeting for the year will result in a supply cut. Chinese manufacturing activity- a bellwether for the economy- weakened substantially in November, official and private surveys showed this week. This largely offset optimism over the country’s scaling back of some COVID-19 curbs in two major cities, following widespread protests. Beijing has also given no indication that it plans to scale back the lockdown measures that weighed heavily on China’s economy this year, denting its appetite for crude. Brent oil futures were steady around $86.83 a barrel, while West Texas Intermediate crude futures were largely unchanged at $80.50 a barrel by 21:14 ET (02:14 GMT). Focus is now on an upcoming meeting of the Organization of Petroleum Exporting Countries and allies (OPEC+) on Sunday. Markets are split over the cartel’s capacity to cut supply further, after it slashed production by 2 million barrels per day in October. 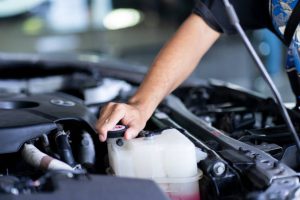 The Cartel Recently Signaled That it Would Consider Recent Weakness.

in oil markets during its upcoming meeting, but gave no direct signals that it will cut production. Still, crude prices rallied sharply in recent sessions after data showed U.S. inventories shrank substantially more than expected in the prior week. The reading showed that the U.S. government was now scaling back its drawdowns from the Strategic Petroleum Reserve, which likely heralds tighter oil supply in the world’s largest economy. But while demand among refiners remained strong, a continued build in gasoline inventories showed that consumer demand for fuel remained weak amid high inflation and rising interest rates. Weakness in the dollar also benefited oil markets this week, after Federal Reserve Chairman Jerome Powell signaled that the central bank will slow its pace of interest rate hikes in the coming months. But Powell warned that interest rates will likely peak at higher-than-expected levels if inflation proves to be stubborn. The Fed’s Beige Book showed that the U.S. economy is losing momentum, while the outlook is paved with “increased pessimism,” heralding more uncertainty over oil demand in the country. The OPEC also recently forecast weakening crude demand in the near-term due to increasing economic uncertainty fueled by rising interest rates and high inflation.

After Tamil Nadu, Puducherry cuts VAT on petrol by 3%, price to drop below Rs 100

By Administrator_India Capital Sands Puducherry government on August 25 announced a tax cut in petrol prices. The territorial administration has cut value-added tax (VAT) on petrol by 3 percent. The decision on the reduction was taken by Chief Minister N Rangasamy at a meeting of the territorial cabinet earlier and was approved by Lieutenant Governor […]

Oil prices fell in choppy trade on Tuesday and nursed steep losses this week as weak economic data from China brewed more concerns over worsening demand, although the prospect of smaller U.S. rate hikes and tightening supply helped limit losses. Crude markets plummeted at the beginning of the week after rising COVID cases in major […]